As it’s Veganuary 2019 and the vegan community is forever growing, we have seen huge chains bringing out their own vegan snacks and meals. Including a huge favourite of mine, Greggs. So I had a little trip to my nearest Gregg’s yesterday to try out their new vegan sausage roll.

The vegan sausage rolls are priced at only a £1 each, slightly more than the original, but still very affordable, this first thing I noticed was its nice crispy pastry and the markers on the top were different to the normal one (so you can tell them apart). Overall I was actually very impressed and TBH shocked. The pastry was crispier than the meat one, but not as buttery, which I expected. However the filling was the most surprising part. It actually tastes so much like the meat one. Near enough the same flavour, spices and seasonings. Yes the texture of the filling is a little mushier, which was its only let down. I was very impressed with it. The vegan one also has less fat and more protein which is a huge bonus and gains brownie points from me.

I probably wouldn’t go out my way to grab a vegan sausage roll, especially as I love the cheese and onion bakes but if they didn’t have them in would deffo opt for the vegan roll, w which in my eyes is a huge compliment from a meat eat like myself. 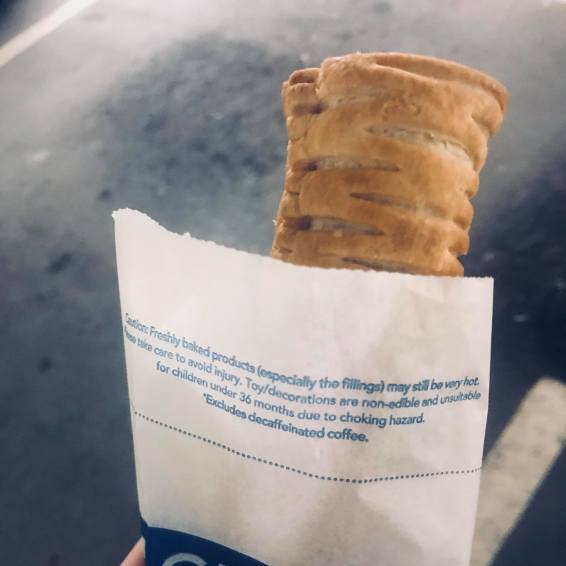 Hope you enjoyed this review, expect more reviews, new products and companies that I can’t wait to share with you all and recipes.

Let me know what you hope to see this 2019 in the comments below.

Published by Food Talk With Mackenzie

23. Halifax. View all posts by Food Talk With Mackenzie

I am on Socials